2010 draws to a close, re-capping a key soundtrack for my year.

In the course of being a multi-decade gig-goer, there are several acts I have ended up seeing five times or more. David Bowie, Sonic Youth, Neil Young, and Rufus Wainwright among a few others are part of my “five or plus” club, and with this December gig at the Bronson Centre, Toronto-based collective Broken Social Scene are now members in good standing.

Mind you, with BSS, one rarely gets the same iteration twice — one of the things that makes seeing them consistently interesting. It’s a given that core members Kevin Drew and Brendan Canning will always appear. Ditto Charles Spearin, Andrew Whiteman, and Justin Peroff. Otherwise, the size of a BSS line-up waxes and wanes both throughout any given night as well as from gig to gig, with my first time seeing them incorporating pretty much the whole gang of 14 or so at the time, minus Leslie Feist (December 2003, coming up as no. 102), and their previous Bronson Centre appearance sporting the tightest line-up I’ve yet witnessed (about 9 or so, I recall, in October 2008, coming up as no. 136).

In recent years, I have learned that being a BSS fan and living in Ottawa is a good combo, as satellites from the Montreal wing of the family (Amy Millan, Evan Cranley, & Torquil Campbell from Stars as well as an expanded brass section) regularly show up. From what I have since read, these folks apparently don’t play live with them often, so I guess I’ve been spoiled.

The one thing that has always been consistent with any version of BSS is that I have yet to see one play even so much as a mediocre show. For me, they’re one of the finest live acts of the last decade.

Off stage, things have been a little more erratic. The band’s core catalogue really comes down to three releases: 2002’s breakthrough You Forgot It in People; 2005’s Broken Social Scene; and 2010’s Forgiveness Rock Record. The first would easily be one of my choices for a “Ten Best Album’s of the ’OO’s” List, and I picked Forgiveness Rock Record as my choice for Album of the Year over on my Open Salon blog. In the interim, there were side projects, collections, a book, a film, and that eponymous disc from ’05. While that CD garnered them further attention around the globe, particularly in the UK and Europe, fans and band members themselves were deeply divided as to its merits. As for me, I will repeat what I have already written elsewhere: that it was an over-tinkered, shambling mess, featuring a claustrophobic production. Six years on, I still think it’s a frustrating, largely unlistenable, blown opportunity.

Yet they’ve soldiered on as a live troupe, continuing to bowl me over. FRR arrived in May 2010, dispelling my worst concerns and proving that You Forgot It wasn’t a fluke. I had already heard a number of FRR’s songs during a 2009 open air show (upcoming as no. 141) and crossed every finger and toe that they wouldn’t botch up the studio transition, as they did last time around. I arrived at this December gig having spent most of year digesting this new material, and was stoked about hearing it performed au naturel again.

For their first indoor gig here in three years, they returned to the Bronson Centre (a second night was added when the Thursday show quickly sold out). I hear bitching in some quarters about this venue but I rather like it. A former high school performance space, it has that old-style concert hall feel. It would be marvvy if it was licensed, but, no biggie.

The 2010 Xmas season a particularly busy, trying one for us, so it was great to shut the seasonal stuff out for the night and rip it up. The turnout was a real mix of ages, with twentysomethings obviously dominating but plenty of folks in my demo and up. But, then, that’s fairly common, I find — and a good thing. While Ottawa may seem to suffer from apparent incapacitation owing to the dreaded suburbo-snivelservantitis (particularly rampant in government capitals), the reality is that there are plenty of immune folks.

Opening act Here We Go Magic from Brooklyn reminded me a bit of early Talking Heads crossed with third album-era Velvet Underground and the Arcade Fire. They talked about opening for BSS in the UK, arriving backstage to find that Brendan Canning had sent a dozen roses to their dressing room in London. “If you’re going to tour with a band, make it Broken Social Scene,” they wisely opined.

Here We Go Magic set a good tone for the night and got a thumbs-up reaction from the assembling crowd.

Here We Go Magic’s video for “Tunnelvision.” Some of the visuals remind me a bit of Norm McLaren.

The night’s main attraction arrived soon enough thereafter, kicking off a faultless set list with the slow build of “World Sick.” That additional brass section were once again in tow as was Evan Cranley. As for his significant other, Drew announced that Amy Millan — then pregnant with she and Cranley’s first child—was supposed to make it but couldn’t.

Highlights included a particularly terrific turn on their electro-oriented number “All To All,” with Lisa Lobsinger leading the charge; a kicking version of “Texico Bitches” segueing into “7/4 (Shoreline)”; a majestic “Cause=Time”; and a near solo performance of “Lover’s Spit,” with Drew petitioning the audience to either clap along enthusiastically or perish the thought.

“Art House Director” got off to a thin start but built in intensity as it went along, with Whiteman doing a Dylan-voice impersonation at one point. BSS also pledged allegiance to his “Fire Eye’d Boy,” embellished on this night with a sax break, saying that they always include in the set “because we love it.”

Alas, they no longer do the handclapping thing at the back of the stage anymore for “Stars & Sons.”

By evening’s end, they had played every tune I had wanted to hear, save one: “Romance To the Grave.” What kind of batting average is that?

Canning spoke about his first time playing live in Ottawa, as a member of hHead, opening for local band from years gone by, Furnaceface — oops, that was Guelph, he later corrected.

The municipal slant continued as they decided to do and on-the-spot cover of a song by an Ottawa artist. After a variety of shouted suggestions from the peanut gallery, they decided on an impromptu mini-airing of Alanis Morissette’s “You Outta Know” that was pretty funny.

Kevin Drew, as usual, was the night’s unofficial compere and onstage chatterbox, riffing on how “It’s all about you!,” pouring out his feelings of affinity and reciprocity with his/their public, and remarking that now was a great time for the band because they’re selling records, packing shows, and life is good. Ahh: sweetness.

As with their last visit to the Bronson Centre, they played a near three-hour set with Drew in particular seemingly never wanting to leave the stage.

After soundtracking ’10 for me more than any single release, it was a sweet way to wrap up a personally wonderful year for me by hearing most of Forgiveness Rock Record live. “It’s the year Two Thousand & Ten” sang Brendan Canning in “Water In Hell,” as said year drew to a close, making the line anachronistic hereafter.

The fanfare of “Meet Me In the Basement” from the Friday night show. I wish the whole thing was here but, oh well.

Next On Stage –>  I’ll continue alternating between posting the final clutch of my “catch-up” entries (originally published on my corresponding Open Salon blog) covering the first half of 2011 when the reformed Pixies swing into Ottawa, to play their 1989 classic, Doolittle, and deliver one of Ottawa’s Civic Centre’s final shows before its doors were shuttered.

I’ll also be returning to the present by looking at another great show that, as was the case with the Janalle Monáe concert less than a week earlier, was experienced under difficult circumstances, starring rising jazz sensation Esperanza Spalding.  I’ll then zoom back to the distant past for one of my most memorable concerts ever: David Bowie in 1983.

When you mentioned the Bronson Centre, my heart skipped a beat.
Great great post and rated with hugs
Linda Seccaspina
thanks for introducing me to new arts!
Lyn LeJeune
Linda: When I started my day, I truly didn’t think I’d be helping your heart skip a beat! Glad to be of service 😉

VariousArtists
As always, nice job! These guys sound like a great live act, I never get out these days, but I’ll have to watch for them next time they’re in town.
Kevin Army
Yserba: They just announced an April 13 date at the Warfield. However, I believe you will be tending to bigger matters at that time. Glad you enjoyed.
VariousArtists 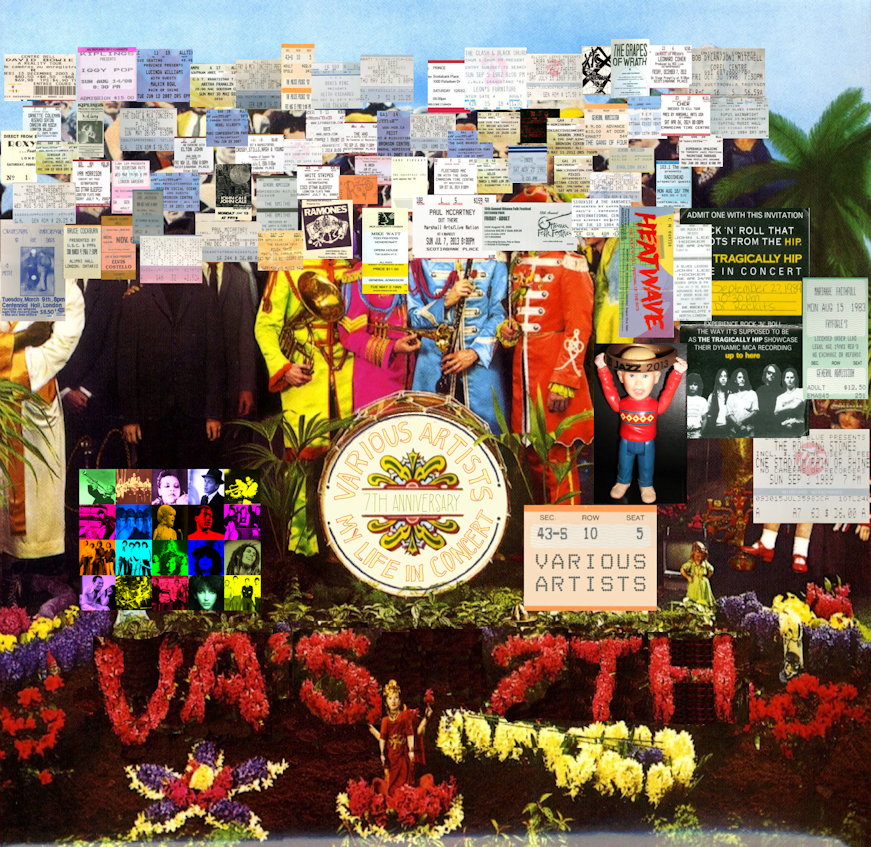 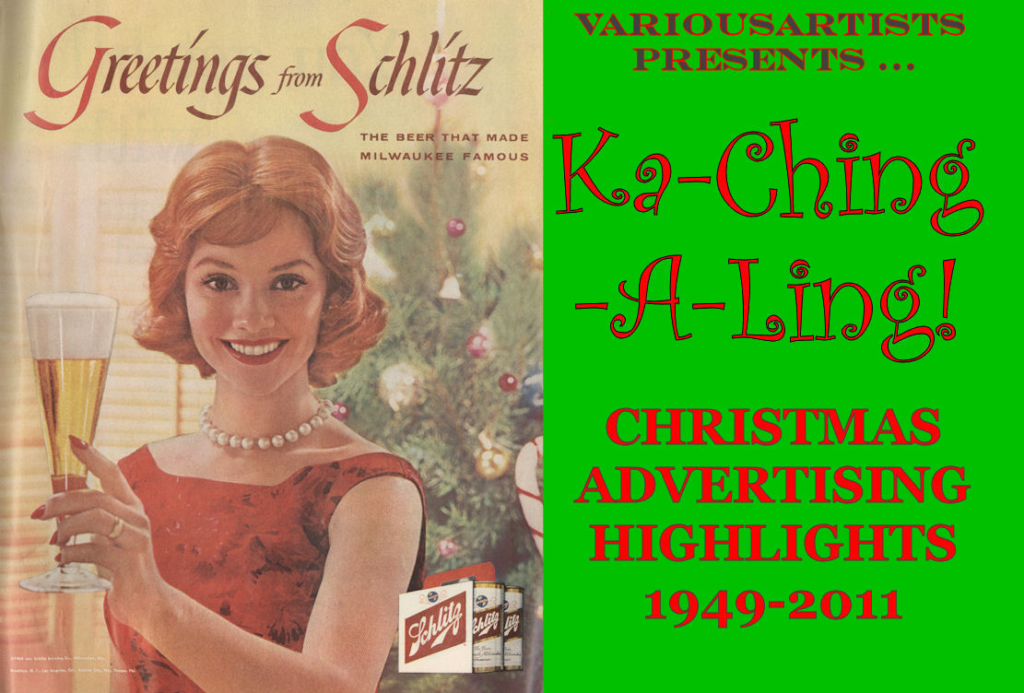 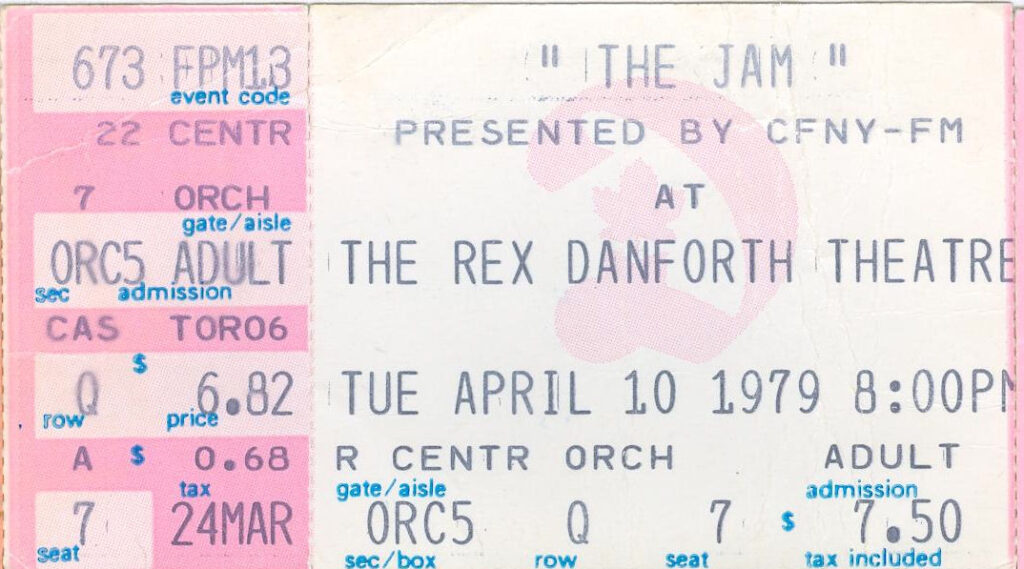